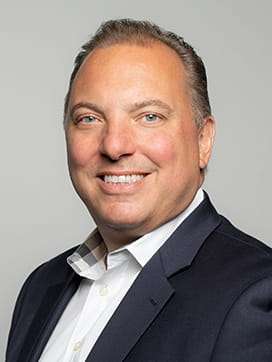 As a financial advisor with Raymond James and Managing Partner of Ten10 Wealth Management, Greg has adopted the mantra of “quick to listen, slow to speak.” He makes it a point to listen to what his clients have to say while answering their questions, empathizing with their concerns and prioritizing their goals. He helps clients feel comfortable and empowered within their financial lives by using his more than 25 years of experience to distill complicated financial topics into honest and applicable advice. Additionally, Greg proudly serves clients from all walks of life – from those building wealth in the prime of their careers to those preparing for retirement. “My ability to communicate and empathize transcends demographics, and I truly love what I do,” he says.

Greg’s lifelong interest in investing was cultivated by his father, who would invest in stocks for Greg when he was a child. They would visit the library together to research companies and various types of investments. When Greg was old enough, his father opened an account for him and devoted the money to various investments, which Greg would follow in the newspaper. After graduating from college with a business degree, Greg decided to pursue a career in financial services.

Greg officially joined the financial planning industry in 1994 by accepting a position with A.G. Edwards & Sons and completing their training program. He was inspired by the company’s culture of client first, advisor second and company third, and found that those values aligned with his own Christian ones. In 2007, A.G. Edwards was acquired by another company and ceased to exist. While they say you can never go home again, Greg found himself longing for a company with the same principles as A.G. Edwards. That’s why, after years of looking for the right firm, Greg decided to join Raymond James in 2019.

In addition to earning his Accredited Wealth Management AdvisorSM designation at the Wharton School of Business, Greg also holds a B.B.A. with a focus in finance from Hofstra University. An active member of the Garden City Community Church, Greg has served on their board of finance and administration, their investment committee and their council of trustees for the past six years. He’s also a retired sergeant from the Long Beach Auxiliary Police, where he served for 15 years.

Greg remains in his hometown of Garden City South in Long Island, New York, where he lives with his wife, Marcia. Together, they have three children, Gregory, Nicholas and Brian. When he’s not at work, Greg enjoys working with his hands to build models and dioramas of military subjects. He’s also an avid reader with an impressive book collection (the room that houses some of his collection has been specifically designated “the library”). Greg enjoys watching football and military history, and has accumulated collectables over the years that reflect his interest.

Raymond James is not affiliated with any of the companies mentioned.

The financial goal that wealthy-minded persons pursue is FREEDOM, not riches!